IIn this essay I commented on my use of the terms "courage" and "endurance" to distinguish the persona-types of "hero" and "demihero:"

I still believe that Reeve's opposed categories of "courage" and "endurance" have strong applicability, though I never meant to imply that these categories summarized all distinctions between hero and demihero.

I'm glad I said that, given that the Hobbes comment I recently employed for the posts on goal-affects also seems to have broad applicability to personas.


So that in the nature of man, we find three principal causes of quarrel. First, competition; secondly, diffidence; thirdly, glory.

These three motives-for-violence-- which I usually summarized as "gain," "safety,"  and "passion" of a specifically thymotic type-- also apply well to the motives of heroes in fictional narratives.  Or at least the second two do; more often than not, the motive of "gain/competition" is the motive assigned to the villain.

Thus, without dismissing the applicability of the "courage/endurance" reading, I'll offer a quick look at my proposed hero/demihero distinctions using "diffidence" (aka "safety") and "glory" (aka "passion").

As an example for a hero who evinces "glory," I'll use an example of one of the most microdynamic heroes known to me. 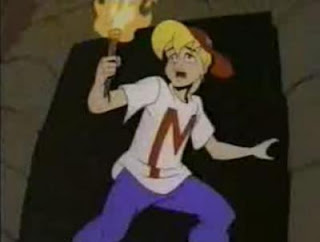 MIGHTY MAX, a character devised to promote a toy line in a 1993 tv cartoon, was one of the oddest "heroes" I've encountered in terms of his dynamicity. Though this simple Earth-boy was frequently referred to as "the Mighty One," he had no powers whatsoever, except a magical cap that could transport him to other realms.  In the company of a chicken-like entity ("fowl, actually") who supplied information on the threat of the week and a big warrior named Norman who provided the heavy lifting, Max foiled dozens of vile villains over the course of 40 episodes.  He did so largely through neither power nor skill, but just by having the dumb luck to constantly avoid being squashed by werewolves or dragons or whatever.

And yet, weakling though he was, he was still a hero squarely in the genre of adventure, in that the stories were all about his invigorating victories over evil.  He may prove a better example of a microdynamic hero than some of those I've used before, such as Brenda Starr and Doctor Who.

In contrast, there's the character of Mrs. Brisby from Don Bluth's dramatic cartoon THE SECRET OF NIMH.  As I mention in my review of the film, I have not read the juvenile book on which the film is based, so I confine myself to the character as depicted in the Bluth film.  From what I understand, only in the film does this mouse-character demonstrate what might termed "super-powers." 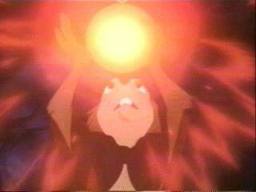 These powers are entirely the gift of a magical talisman, which Mrs. Brisby can summon only because, despite her humble appearance, she possesses the necessary virtue of "courage"--which characterization is ironic to me because I would have assigned her persona the quality of "endurance."  The magic she summons isn't used in any combative scenario, but to solve a non-violent conflict: how to transport her home to a place of safety.  But even if this mousey protagonist had used her power offensively-- as does Doctor Craven, an equally mousey protagonist whom I used as one of my first examples of a "demihero" -- would she have qualified as a hero?

By my current reasoning, no.  Brisby is a good example of "instinctive will" in that although she possesses courage, as the script says, it isn't the sort of courage that distinguishes the "intellectual will"-- a will which I link to the Hobbesian concept of "glory."  Everything Brisby does in the film is motivated by the Hobbesian concept of "diffidence/ safety," which might be characterized as more "reactive" than "proactive."

I've not advanced a "proactive/reactive" dichotomy here in so many words, but it does have applicability to what I wrote here about folklorist Vladimir Propp's opposition of the "seeker" and the "victimized hero."

I would say that the qualities of "glory" and "diffidence" also seem better matches for the characters discussed in that earlier essay, with Johnny Thunder following a pattern of "glory" while Jimmy Olsen follows one of "safety" (which I find that I prefer to "diffidence," as that seems to imply a trait of the character rather than a plot-action).

More explorations of glory and safety will probably follow, though probably not until next year.
Posted by Gene Phillips at 4:01 PM