THE BATTLE FOR BAT-LEGITIMACY PT. 2

Once more I return to the quote that started these meditations on legitimizing pop fiction:

In part it seems like Batman comic book fans have been wary of the show precisely because it situates superhero comics not in the relatively sober tradition of gritty pulp noir, but in the (often comic) tradition of serial melodrama. Yet, as this episode is well aware, that melodramatic tradition is in some ways actually more high-brow, or more accepted as high-brow, than those supposedly more validating pulp sources.


In Part 1 I've demonstrated that the tradition of serial melodrama was not particularly comic, and that if any counter-tradition did exist, it was in the form of spoofs and satires of the original form. In my one comment on Berlatsky's original thread, I asked him if he meant to imply that the serial melodramas of the silent era-- PERILS OF PAULINE and the like-- were meant to be comic, and he admitted that he did not mean that. To the best of my knowledge, the counter-tradition of spoofs and satires did not arise in the form of actual serials, but in short features like the 1917 short film TEDDY AT THE THROTTLE, a Mack Sennett comedy starring Gloria Swanson as a girl who gets tied to a train-track and is rescued by her faithful dog. 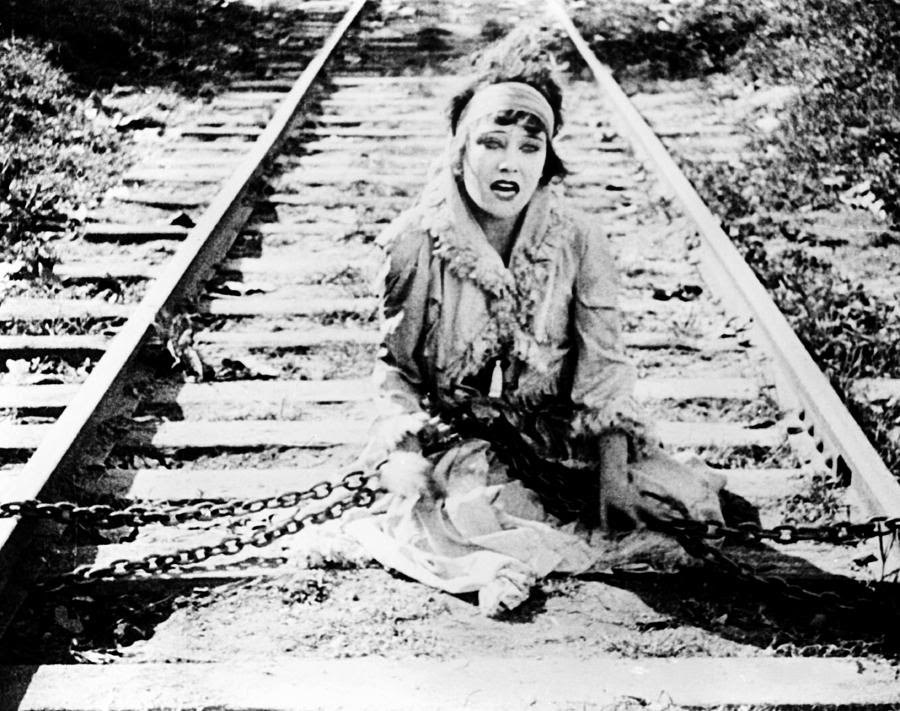 Why does it matter, whether or not the serials were dominantly comic? It's a point of simple logic. It's logical that serials should be "serious"--  not in the sense of being highbrow art but in the sense that their producers want audiences to be invested in the fates of the characters-- because the entire strategy of dividing a purportedly whole story into parts is to make audiences experience suspense about whether characters will survive myriad life-threatening perils.

Having established that what Berlatsky's talking about is actually a counter-tradition-- one that is no more or less valid that the original melodramatic design-- what does he mean when he says that "Batman comic book fans" have rejected the supposedly comic pattern of serial melodrama for "the relatively sober tradition of gritty pulp noir?" I pointed out in Part 1 that most pulp fiction was just as melodramatic in nature as anything in cinema, silent or otherwise. But I will admit that there's one factor that separates popular films from popular pulp fiction: the latter does not have a counter-tradition of irony and comedy, at least not one comparale to the cinema's, that arises in response to the "serious" mythoi of adventure and drama.


I'm not saying no funny stories ever appeared in any pulps; science fiction magazines certainly made space for humor. Yet I don't believe humor had a strong presence in the two pulp-genres that most influenced the Golden Age Batman: that of the detective/mystery genre (subsumed by the mythos of "drama") and that of the urban crimefighter (subsumed by the mythos of "adventure.")  The only way any of this could be termed "noir" would be in terms of dark and forbidding settings, so it's probably best to set that misplaced term aside here. 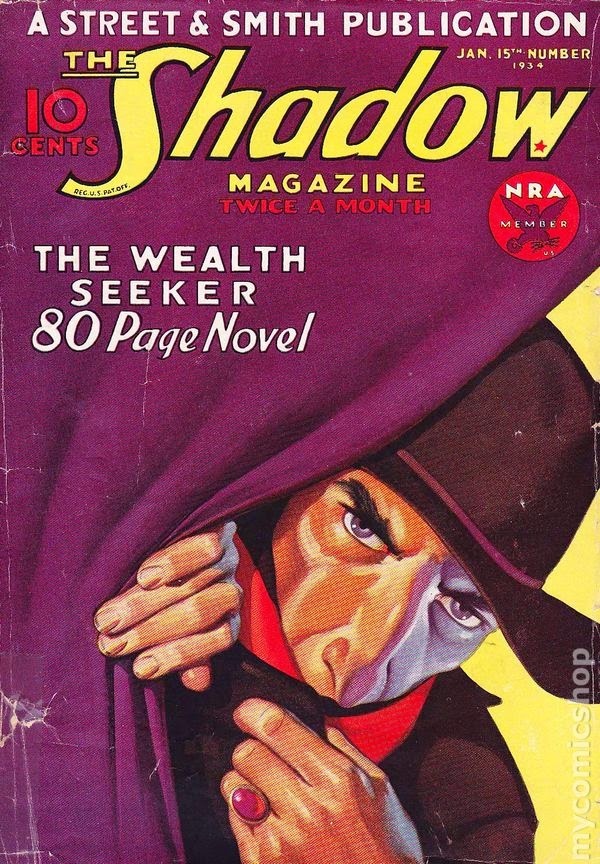 "Gritty" is an interesting word for Berlatsky to have used. It's possible to regard some pulp-works, like the Dashiell Hammett works of BLACK MASK, as "gritty," but a lot of detective-fiction of the period avoids any sort of grit and grime. Street & Smith's SHADOW magazines, which provided a fairly strong influence on Kane and Finger's Batman, tended to avoid both sexuality and extreme violence, usually focusing on fairly pedestrian ratiocinative mysteries in the tradition of S.S. Van Dine.  Since not all pulps-- or even all pulps that influenced Batman-- were gritty, I must assume that Berlatsky is opposing a tendency of Batman fans to devalue the "often comic" tone of the BATMAN show in favor of whatever tropes in the pulps can be considered both "sober" and "gritty"-- tropes which Berlatsky deems only "supposedly more validating" than the counter-tradition of the "humor-medlodrama." 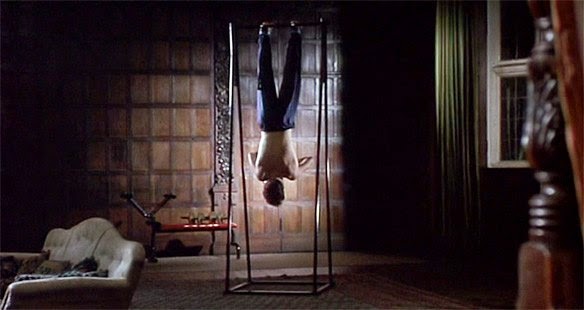 I don't agree with Noah that modern fans are very much opposed to the 1966 teleseries these days. For many modern fans, it was the first televised version of the character they saw, and many if not all of them see it as a step toward whatever legitimacy one might see in having the character adapted for expensive Hollywood movies, starting with the 1989 BATMAN. I also don't know how many fans really worry about validating the BATMAN comic in terms of its pulp influences. It may be enjoyable to think about the Caped Crusader as part of a pulp-tradition that includes Dashiell Hammett and the Shadow, but I've met very few Bat-fans who worry about having Batman vetted by highbrow critics.  Indeed, if Batman has gained legitimacy from making the transition to expensive Hollywood films, it would seem that it did so not by emulating the campy approach of the teleseries, but by emphasizing the "gritty" aspects of Batman's childhood trauma, be it in the carnivalesque style of Tim Burton or with the quasi-Marxist focus of Christopher Nolan.  So in terms of Hollywood success, "the serious" served Batman better than "the comic"-- even if the partly-comic 1966 series deserves some credit for making the Gotham Guardian and his villains into household words.

Part 3 will concentrate on the First Big Battle for Bat-Legitimacy, which dates back to a time before the Bat-teleseries was even a gleam in William Dozier's eye.

Posted by Gene Phillips at 5:16 PM