“I interviewed Stan Lee three or four years ago for a magazine, and Stan’s like my hero. I was interviewing him, and he just brought up in the middle of it, he said, “What is wrong with you guys?” And I was like, “What do you mean?” He said, “Why do you want to do my characters instead of creating your own?” I was like, “That’s quite an interesting point, and I hadn’t really thought about it. I didn’t get into comics to create characters; I got into comics to write Superman or Spider-Man and all that kind of stuff.” And he says, “I grew up reading Tarzan and Superman and Batman, but I went off and created Spider-Man and the Hulk. Why do you want to play with the old toys?” It was a real moment for me. I just thought, “Shit. In pop-culture terms, how weird would it be if I was to reject all the characters?” That’s a gap in the market, essentially. ”--Mark Millar quoting Stan Lee in this interview.

I discovered this quote through a secondary source, this BEAT post, It's certainly conceivable that Stan said something like this, as he's not exactly known for his overall consistency.  I remember seeing him speak at a local convention from either the late 1970s or early 1980s, when the Claremont X-Men had just started to get popular with fans. When Lee was asked some question about the New X-Men, I recall him saying something like, "I don't know what was wrong with the original characters, but I guess these new ones are OK."  It was one of the few times I ever saw him express some feeling that he might have been in some way disappointed to see the new creators not follow the original setups of the Marvel Universe. Usually when fans asked Stan about current developments at Marvel, or about film/TV translations, he would plead ignorance of what was going on. This was probably true for the most part, though this posture also allowed him to avoid antagonizing the Marvel establishment with possibly unflattering remarks.

The quote from the Millar interview takes the opposite tack, expressing incredulity that anyone would want to "play with the old toys." On two levels, this statement strikes me as somewhat disingenuous, going by the definition, "pretending that one knows less about something than one really does."

First, I doubt that Stan wasn't flattered, back in the day, by meeting young fans who liked his characters enough to want to continue their adventures. From a pure business standpoint, it certainly worked out for him that Roy Thomas got even more deeply into Marvel continuity than Lee himself was, since Thomas indubitably had a knack for what Lee was doing and could produce material that furthered the sense of an ongoing "universe" of loosely connected events. But I'd imagine that it was stimulating on a personal level as well, in contrast to his encounters with professionals who could learn the Marvel style and reproduce it, but had no outstanding passion for the continuity-- as I would judge to be the case with other 1960s Marvel-scripters like O'Neil, Skeates and Goodwin. 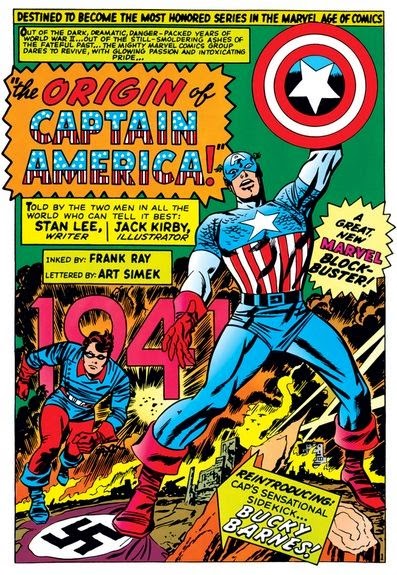 Second, Stan is certainly enough of a businessman to know that one of the principal reasons for creators to continue other peoples' characters is because they have been proven to sell, at least under certain circumstances. Lee certainly made the editorial decision to revive the 1940s Captain America in the 1960s, even though an earlier revival in the early 1950s had failed to be lucrative.  Still, Lee may have remembered that failure, for although the Captain made his first Marvel appearances as a member of the Avengers, his first Marvel feature didn't regularly take place in the 1960s milieu, but frequently sported "flashback" adventures taking place during WWII. True, this could have come about simply because Jack Kirby wanted to do more WWII stories, but IMO it's more likely that Lee wasn't entirely confident about the power of a WWII hero to enthrall 1960s audiences. 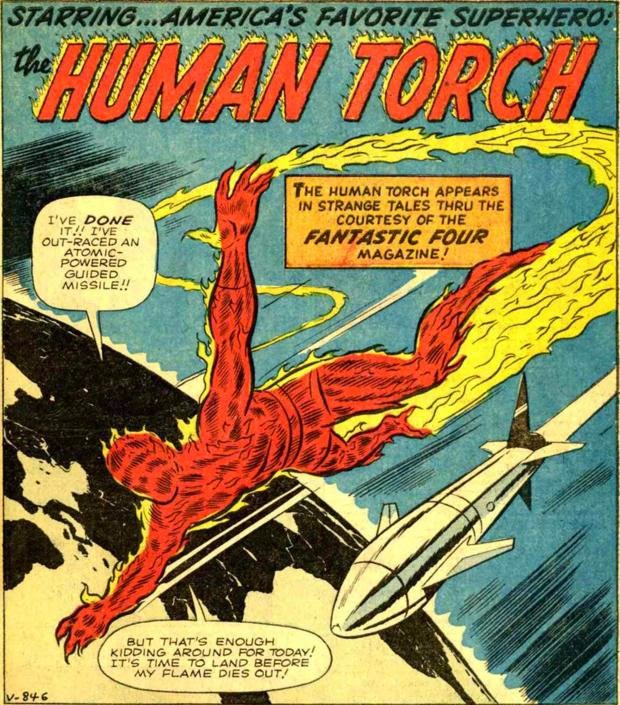 The 1960s version of the Human Torch was not a direct revival as Captain America was. Still, though the Silver Age Human Torch appears as part of the Fantastic Four ensemble, there's not much question that his creators hoped to tap into the current audience by invoking the same fiery thrills that had sold to audiences of the Golden Age. No one ever saw Stan Lee reviving flop characters like the Red Raven; that would become the raison d'etre of Roy Thomas, who never met a Golden Age character he didn't want to revive. Further, it's certainly no coincidence that the Silver Age Torch was the first Fantastic Four character to be spun off into his own feature, suggesting that Lee was hoping that the character could grab a supportive audience on his own, even though the Golden Age Torch had also failed in his early 1950s revival.

So "playing with old toys" has distinct advantages in a financial sense, and in some cases, it can even be rewarding in an aesthetic sense for the fans. Much as I enjoy the classic Captain America tales of the war years, most of them are just fair entertainment, and though there have been many bad Cap tales following the Silver Age revival, on the whole "revived Cap" has yielded a fair share of above-average stories.

On a tangential note, in the BEAT post cited above Heidi McDonald gets a little static from Tony Isabella for her light remarks on Stan's possible lack of creative influence. I've critiqued a buttload of Heidi comments here, but I found her remarks pretty harmless, compared to the know-nothing fans who would ambush Stan at conventions asking him if he'd tell the "truth," as these fans conceived it, about Jack Kirby's contributions.  Not unlike the guy in the BEAT comments-section who claims that "Jack created it all!"

Posted by Gene Phillips at 5:40 PM