In April 2021 Louisiana state representative Ray Garofalo got in trouble because he made this obviously humorous remark in a debate over education:

“If you are having a discussion on whatever the case may be, on slavery, then you can talk about everything dealing with slavery: the good, the bad, the ugly,” Garofalo said.

The mere fact that he was quoting an old Sergio Leone film-title ought to have made clear that he wasn't making an in-depth judgment on the conditions of slavery in the United States. Nevertheless, righteous liberals descended like locusts, and Garofalo had to walk back his comments to some extent.

Perhaps even more insidious are recent cancellations of actress Ellie Kemper and BACHELOR host Chris Harrison due to the appearance of giving props to the Confederacy in one way or another. As with the crusades against Confederate statues and flags, the Left has decided to play the part of the Inquisition in this game of race-shaming, and they're not likely to back off on what seems to have been a political success for them, at least for the present.

I'm going to avoid repeating the observations I made in THE CONFEDERACY AND THE DUNCES, but I wanted to address the specific idea that everything in a given hated culture must be abolished. The BACHELOR tsunami came about because Harrison dared to take lightly the stigmatization of a contestant who had attended a so-called "antebellum party." This sort of event probably has little or no political ramifications, being the equivalent of people dressing up for a Halloween event. But the Left must attack everything even tangentially connected with the Confederate States.

In this essay I wrote:

The pro-slavery proponents were, without doubt, greedy and venal people. But you know what? Every damn country has to make allowances for greedy, venal people in power. That’s the only way anyone ever manages to create a unified nation, and it’s only with a unified nation that wrongs can be redressed and slaves liberated.

The only addition I'll make to this is that every people who has exerted power over other persons has also produced a range of both great and banal art. Most of Western culture descends from the innovations of the Greeks, who did not for an instant question the propriety of keeping slaves to do the dirty work. I can't claim that the literature of the Southern American states before or immediately after the Civil War was as pivotal of that of the Greeks. Nevertheless, the ornate fashions and architecture of the Southern plantations still has the power to impress moderns on the aesthetic level, even if they may abominate the institution of slavery. Note as example the final episode of the 1980 teleseries DESIGNING WOMEN, which concluded with the female characters-- all of whom were liberal soapboxes for the show's liberal producer-- dreaming that they were wearing GONE WITH THE WIND outfits. 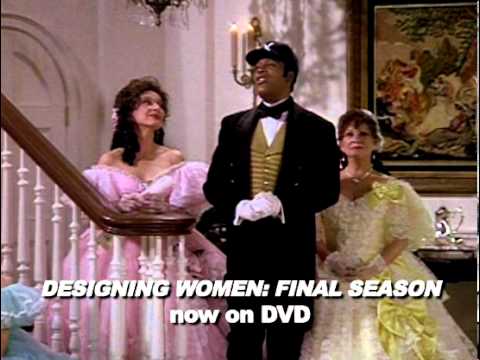 The wages of slavery, in the social sense, can only be trauma and turmoil. But every culture oppresses some underclass at one time or another, and at no time has that fact kept any such cultures from producing "good" things alongside the "bad" ones. Thus it's logically impossible to render such a judgment only against American Southern culture prior to the Civil War's conclusion.

Posted by Gene Phillips at 4:31 PM