Rereading my first post about the superheroic idiom in 2008, I see that I didn't clarify one of its aspects sufficiently, though the relevant point arose in later essays like this one.  That fundamental aspect is that the superheroic idiom is a subset of what would be best called "the heroic idiom."  Superheroes, even if their only "super" nature is that of wearing a strange costume, belong to the same idiom that gives us "unsuper" crusaders like Dirty Harry Callahan, John Rambo, et al. 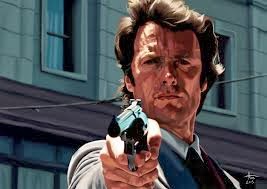 What is a hero? As should be obvious to anyone who clicks on the term "hero-concept," I'm clearly not using it to be one with the idea of "hero as protagonist."  Narratologically, a hero is a definite persona, though also one most often tied to the idea of a countervailing persona-- the "villain"-- as if they were locked together into "concept-pairs," my parallel to Buber's idea of "word pairs." In practice the individual concepts are separable and can be used apart from one another, but in essence they remain locked together, much as when I originally suggested a similar interrelationship between the personas of the monster and the victim.  Significantly, one of my main comments in this essay was to note that a villain's dominant status in a narrative-- as with Sax Rohmer's Fu Manchu series-- does not keep that narrative from having the same *invigorative* effects as one centered upon a more standard hero.

As a result of my investigations of the mythographer Theodor Gaster and the philospher Schopenhauer, I advanced a theory of the hero and villain as dominantly positive or negative incarnations of a type of will, "the idealizing will," that aspires to go beyond the bare functions of the maintenance of life. In the above essay I linked the hero and villain in terms of being either positive or negative expressions of this will.

*Megalothymia* depends on filling oneself with elements of will excessive to normal functioning. The hero is filled with a positive, altruistic will to protect society, one that often goes beyond the dictates of society's normal functions. Like the monster the villain is filled with a negative will toward society or the environment, but he is the mirror-image of the hero in that he glories in his independence from society, rather than yearning after a lost "normalcy" as the monster does.


Because of that "concept-linkage," then at base the "hero-concept" and the "villain-concept" are intertwined so that one implies the other.  Thus the "heroic idiom" includes all those narratives that center upon either a plerotic hero or a plerotic villain as the narrative's focal presence, and the same symmetry applies to "the superhero idiom."  My aforementioned list of a "top 20 live-action superhero movies" included one such villain-centered narrative, the 1932 MASK OF FU MANCHU. 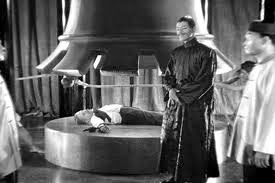 Had I been seeking to list twenty live-action films with a hero or villain with no "super" elements, then I might have listed heroic Harry Callahan alongside the equally obsessed-- but negative-toned-- Jack Carter from 1971's GET CARTER. 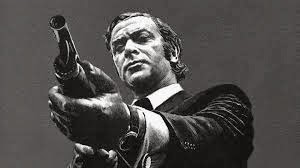 Thus the one commonality of all narratives within the superhero idiom is that its focal presence must be either a "superhero-like" figure or a "supervillain-like" figure.  This figure may belong to the "demotic group" commonly linked to the "superhero genre," which obviously includes figures like Batman and the Joker.  But it could also include types from other genres and other mythoi cognate with the superhero idiom.  Heroes like Harry Potter (drama mythos), Marshal Law (irony mythos), and Ranma Saotime (comedy mythos) would thus rub shoulders with Felonious Gru (comedy mythos) and that threesome I like to call "the Bitchy Trio" (irony mythos). 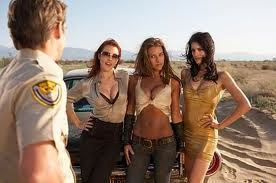 In contrast, however, narratives featuring focal presences who conform to either the "monster" or 'demihero" personas do not belong within the superhero idiom.  This is fairly obvious with assorted monsters who have sometimes enacted deeds associated with superheroes-- King Kong, Godzilla, Gamera-- but who remain apart by virtue of their monstrous nature in a way that types like the Hulk and the Thing do not.  It may not be so obvious-- though it is no less true-- of the demihero, since many of them are often seen as indistinguishable from the hero-concept.  I won't repeat my arguments for this category here, but will only note that most of Philip K. Dick's protagonists are unabashed demiheroes.  Interestingly, many of them retain this character when translated to combative films, as occured with both Rick Deckard in BLADE RUNNER and "Michael Jennings" in PAYCHECK.  However, as if to prove that it's not impossible to make a heroic purse out of a demihero's ear, one may regard the cinematic transformation of Dick's "Douglas Quail" into "Douglas Quaid." 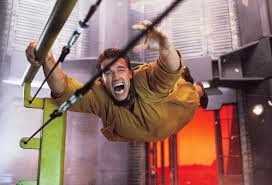 Posted by Gene Phillips at 3:58 PM