THE ONLY DEFINITION OF ART YOU'LL EVER NEED, PT. 1 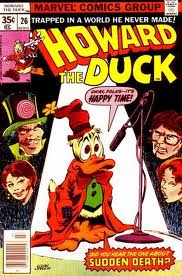 Every good idea and all creative work are the offspring of the imagination, and have their source in what one is pleased to call infantile fantasy.


Not the artist alone but every creative individual whatsoever owes all that is greatest in his life to fantasy. The dynamic principle of fantasy is play, a characteristic also of the child, and as such it appears inconsistent with the principle of serious work. But without this playing with fantasy no creative work has ever yet come to birth. The debt we owe to the play of imagination is incalculable." (Jung, PSYCHOLOGICAL TYPES, 1921, page 63.)


Is [Flaubert] right when he claims that we do not know what Shakespeare loved or hated?... the statement is most definitely mistaken if it means that the implied author of Shakespeare's plays is neutral toward all values... the implied Shakespeare is thoroughly engaged with life, and he does not conceal his judgment on the selfish, the foolish and the cruel." (Wayne C. Booth, THE RHETORIC OF FICTION, 1961, p. 76.)

As always, when one juxtaposes quotes from scholars, one should note differences in the specialties of the scholars quoted.

Carl Jung was a psychologist, not a literary theorist.  His remarks on the foundational nature of "fantasy" and its "dynamic principle" of "play" is therefore not presented as a formal literary theory.  Nevertheless the concept expressed-- that fantasy is integral to the nature of human art-- is far from foreign to literary studies, and finds echoes in varying fashions in the theories of Northrop Frye, Kenneth Burke and Rene Wellek-- not to mention the archaic opposition of "delight" and "instruction" posited by Horace.  John Dryden even went so far as to say that "poetry only instructs as it delights."

Dryden's assertion will certainly resonate with most if not all readers.  When one wants pure instruction, one does not look toward art, narrative or otherwise, but to didactic works, most of which will be non-fiction, with occasional exceptions in the fiction category.  Thus Wayne Booth is careful to frame his theory around what he terms "non-didactic fiction."  I understand this to apply to all works works whose main purpose is to cause audieces to identify with either utterly fictional characters, or characters drawn from reality but made over to be in some way charming or "delightful."  Even the late Harvey Pekar, who sought to create art from the generally mundane circumstances of his life in AMERICAN SPLENDOR, chose events that he could make interesting, the "delight" in this case stemming from the attention to mimetic detail.

The "art for art's sake" movement of the 19th century-- which arguably still has its own resonances in modern work-- might be viewed through the Jungian lens as a condition of pure play, in which, as Booth argues, art is emancipated from any moral or utilitarian considerations.  Often this manifests in the attitude that the ideal creator of art should be above those considerations, that he should always refuse to render any judgment upon his characters.  Booth quotes Jose Ortega y Gasset:

"...preoccupation with the human content of the work is in principle incompatible with aesthetic enjoyment proper."


I agree with Jung that the principle of play is the basis of all forms of what humans choose to call "art."  At the same time, Booth is correct in stating that values, which are rooted in "human content," are a significant aspect of literature.  What does "human content" connote?

Booth's RHETORIC OF FICTION takes issue with the notion of author immunity to moral and social considerations. The book demonstrates in great detail how many authors-- or at least, "implied authors," which signifies the public faces of those authors-- encode their values in their works.  This proves the case whether authors simply step back from their works, as we see in Shakespeare's plays, or whether they choose content that seemed to flout human morality, as with Booth's examples of Andre Gide and Robbe-Grillet.

I'll advance the view that although Jung's "principle of play" is the foundation of all art, Jung's corresponding "principle of serious work" has been so long associated with human artforms that the two have become thoroughly imbricated.  "Serious work," in my view, includes the idea of using art to instruct, to inform, to render judgments upon "the selfish, the foolish, and the cruel," to make readers aware of the old homily "actions have consequences"-- a homily repeated by Howard Le Canard in the issue seen above.

It's ironic that the "art for art's sake" ethos, in claiming that that art's technical excellence exempts it from moral considerations, employs a basic logic not far from my exculpation of popular literature from the expectation that it must be moral.  In THEMATIC REALISM PART I I stated that works of "thematic escapism" were in effect "vacations from morals," while works of "thematic realism" are defined by being grounded in considerations of moral nature and/or behavior.  Fortunately, for me to say that the latter form is or has become "grounded" is not quite the same as saying that its intrinsic nature is realistic.

As yet I haven't applied these matters of "play" and "work" to the subject of so-called High and Low Art, which has become integral to the modern understanding of art.  More on this in Part II.

Posted by Gene Phillips at 4:37 PM