A BEDROCK OF CHAUVINISM

"Too many people warp the word 'heritage,' Monica. They use it to mean superiority-- when it is only meant to give one-- identity."-- The Black Panther as written by Don McGregor, JUNGLE ACTION #8, 1974. 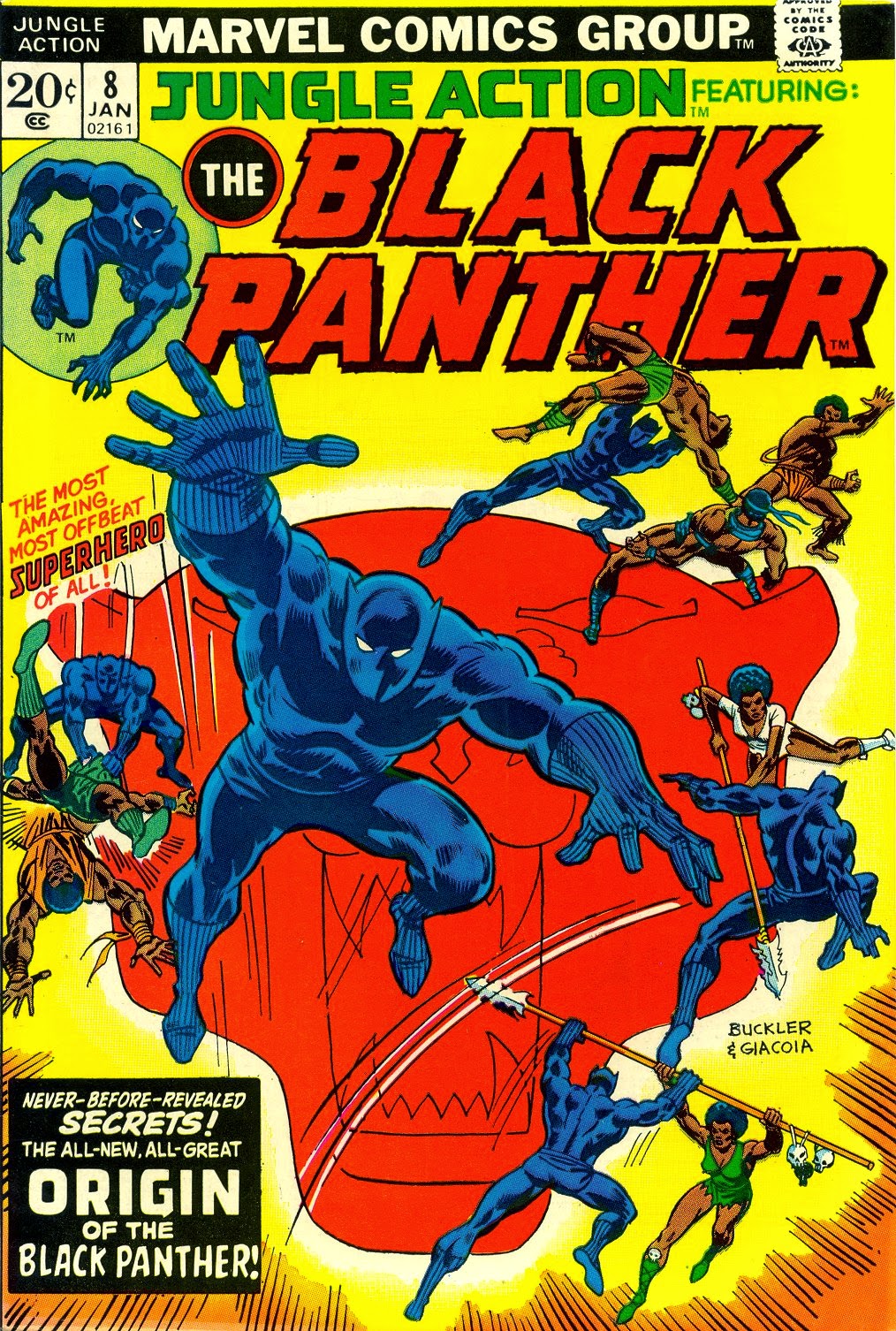 The situation that prompts this Panther-assertion is one in which his Black American girlfriend Monica has just intruded upon a sacred Wakandan rite, resulting in her being roundly condemned by the king's right-hand man W'Kabi.  One might fault the hero's sentiment for being a little too preachy, but I've always considered this one of McGregor's best stand-alone lines. I'd criticize its philosophical stance only in one respect. Unlike McGregor, I don't think "heritage" was essentially "meant" to be either benign or malign, though I find it easier to picture the phenomenon beginning in the latter phase, that of superiority, as in "Those Hill People aren't as good as us Rock People," etc.

In fact, I don't think that it is possible to express pride in one's heritage without making some degree of comparison to some other perceived group that doesn't possess the same traits. For my purposes I choose to express this range of ingroup-pridefulness via an adaptation of the familiar word *chauvinism."

To do so, I have to regard these meanings from Merriam-Webster as indicative of nothing but a negative form of ingroup-pride: (1) excessive or blind patriotism, (2) undue partiality or attachment to a group or place to which one belongs or has belonged.

It is, fortunately, possible to feel pride in one's own group and yet not actually disparage others, even if one doesn't necessarily feel any strong interest in the culture of the perceived others.  I recall an anecdote from a British doctor who worked amid East Indian tribes for many years. At one point, one of the old women, who wished to express her appreciation of his services, wished him what she considered the best possible fate: that someday he might be reincarnated as a Hindu.

From the tone of the anecdote (whose source I have forgotten), the doctor was not offended by this cultural temerity, nor do I think most persons would be. This is what I would term "benign chauvinism." There's no question that the speaker of the sentiment is entirely wrapped up in the pride felt for an ingroup, but only a noob would bother trying to correct the speaker's benign prejudice. The one exception would be if the speaker were a white person wishing that some person of color might be reincarnated as Caucasian, for that would be perceived as racism, though only by persons of limited intelligence.

Malign chauvinism, in contrast to the benign type, is not content with merely asserting ingroup-pride. Malign chauvinism is indicated by an overt attempt to claim or prove the superiority of one's group, not a mere expression of preference. This is actual racism, but contrary to the opinion of some pundits, it did not simply come into being with the rise of European colonialism. I won't deny that the earliest systems of "racism-as-psuedo-science" came into being as Europeans spread throughout the globe, seeking both profit and explanations of the racial variety they encountered. But the core of racism has always been in the human heart, and it traces from that desire to find one's own group unstintingly superior to all other groups.

Having defined chauvinism as a spectrum of possible responses, in my next essay I'll seek to define what this bedrock phenomenon means to a culture that should endorse pluralism.
Posted by Gene Phillips at 4:53 PM