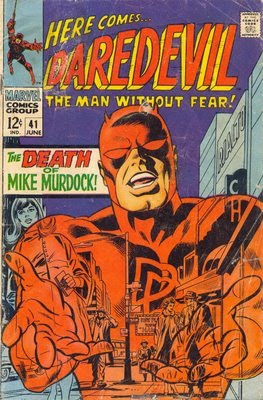 Socrates: How about sounds and colours: in the first place you would admit that they both exist?
Theaetetus: Yes.

Socrates: And that either of them is different from the other, and the same with itself?

Socrates: And that both are two and each of them one?


No matter how much time I've frittered away on message boards, I'm always pleased when I come across something so wonderfully absurd that I have to write an essay to refute it.

Take this CBR thread, which begins by asking the question as to what posters would say if God revealed himself to them.

Probably to no one's surprise, the thread doesn't particularly stick with that topic. My participation in it has thus far been minimal. However, at one point I made a simple objection when one poster equated "truth" with "scientific fact."

Since this isn't the case even for the most naive of naive positivists-- who must deduce their philosophical truths logically, rather than observing them in nature-- I stressed the need for a distinction. Thus I harvested this delightfully absurd response from one of my sometime opponents:

A child in his imagination may truly say "I'm Daredevil", but he'd be ill-advised to go jumping off tall buildings.

That's why I keep going back to comics-messboards. Where else can you find someone attempting, however indirectly and incorrectly, to establish Aristotle's "law of identity" (possibly derived from the doctrines of his mentor Plato; see above) with a comic-book character?

The obvious problem is as follows:

Daredevil is not a phenomenon with a real existence (at least not in materialistic/positivistic terms), but a fictional construct.

Ergo, neither Daredevil nor any other PURELY fictional character is subject to the "law of identity."

Rather, the Man Without Fear is, like all other purely fictional characters, is governed by "the law of identification."

Now, there is a "law of identification" out there in the Googleverse that has been coined in respect to religious matters. However, my current usage applies principally to literature. It can be *applied* to religion with some alteration, which may make for some future essay.

Because Daredevil is a construct whose sole purpose is to be identified with, whenever anyone does so, that person brings into being the only reality (or "truth" if one prefers that term) that Daredevil can possibly have.

Therefore, neither a foolish child nor a discriminating adult is in any way wrong to say "I'm Daredevil," as long as either of them has actually identified with the character. Both would be wrong to apply that identificatory process to the world of real phenomena, as the poster points out in his tut-tutting manner. But if the act of identification is real, one can say with complete accuracy, "I am Daredevil-- or David Copperfield-- or Captain Ahab-- or Freewheelin' Franklin Freekowski."

Nor, even by the assumptions of positivism, does that act of identification cease to be real within what the poster chooses to call "the imagination," unless of course the matrices of memory cease to preserve even the imperfect record of the experience.

Now, the phenomenology changes somewhat when dealing with fictionalized versions of historical figures, no matter how greatly they may have been altered from their original forms. It's not possible to invoke the law of identification to say, "I am Spartacus," because one always knows (or assumes) that there was some real Spartacus way back when. Similar problems pertain even to deific figures who have no ties to recorded history but whose adherents assert that (for instance) Great Shiva has existed since the dawn of time.

The salient point, though, is that one need not attempt to "jump off tall buildings" to prove one's identity with Daredevil: the identity exists through the act of identification.

Fortunately for all those readers who don't like Daredevil, their antipathy keeps them from sharing his identity-- which I am sure would please them as much as I am pleased not to share any identity with David Boring.
Posted by Gene Phillips at 3:20 PM