THE COMPLICATIONS OF COMEDY PT. 2

For part 1, I used as examples of "isothymotic conflict" in comedy two stand-alone films, 1942's I MARRIED A WITCH and 1937's TOPPER.  The 1942 film may have influenced a well-known TV show of the 1960s; a program which offers some perspective on how the same isothymia works out in a serial format. Whereas WITCH includes a potentially fatal menace to the happiness of the lead couple, only rarely is there any threat to life and limb in BEWITCHED.  Going by my schema of focal presences, the witch Samantha is the imaginative center of the series, to whom hapless Darren Stevens provides support even as Akane is the support to Ranma in the Takahashi series.  Her "opponents," if I may stretch a point to call them that, are almost always Samantha's mischievious relatives, not least her mother Endora (seen above).  Their function is usually to embarass husband Darren in the eyes of straight-laced society by forcing him to violate some societal norm-- acting strangely, dressing funny-- though they don't have the marginally noble motivations of the ghostly Kirbys in TOPPER.  That said, I'd argue that BEWITCHED offers the same basic dynamization as TOPPER, that of seeing the regular routines and priorities of society temporarily thrown into chaos, although with the understanding that order will be restored at the end of every episode to the accompaniment of some thoroughly lame explanation that allows society to ignore the ongoing activities of chaos.

In Part 1 I said that the characters of Jennifer in WITCH and the Kirbys in TOPPER conformed to the persona I term a "monster," since all three of these focal presences operate to create chaos, albeit in the name of goodness.  However, Samantha, despite being a supernatural being, functions to maintain the status quo, and her central virtue in the stories is the virtue of endurance, by which I characterized the persona of the demihero in D IS FOR DEMIHERO PT 3.

My repeated mentions of "order" and "chaos" are not accidental, for the terms might apply as a corrective to a statement I made in the above essay, though a corrective that principally applies to the comedy mythos.

As a general rule two of the four, the “hero” and the newly christened“demihero,” are the life-affirming forces, while the “villain” and the“monster” exist to thwart the forces of life. However, experienced readers will be familiar with other permutations.

In that essay I cited two exceptions, the monstrous Man-Thing and the villainous Joker, who ended up supporting the forces of life more or less accidentally.  The accidental nature of their good acts is necessary because they belong respectively to the two "serious" mythoi: "drama" for Man-Thing and "adventure" for the Joker.  There may be anaologues in the mythos of the irony, though I haven't located an example as yet.

However, "comic monsters" can get away with doing good, with affirming life, without a lot of excuses.  Paradoxically, they create chaos, which is generally a bad thing when monsters or villains do it, yet by the principle of comic dumb luck, the chaos can be easily dispelled, and may even end up benefitting the natural order of things.

"Comic villains" used to be rather rare phenomena.  In the Silver Age I can recall only this one-shot Charlton character, SINISTRO BOY FIEND, shown accidentally helping the law in this panel: 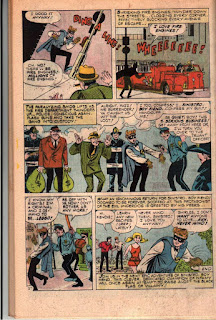 However, in recent years, animated movies seem to have found gold in this lode. 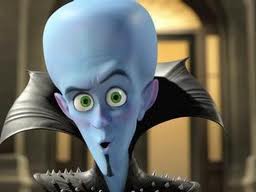 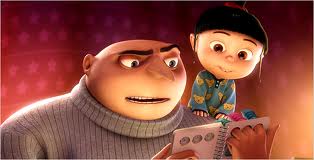 I considered revised the terms "life-affirming" and "life-thwarting"-- strongly influenced by Gaster's schema-- with some neologisms along the lines of "order" and "chaos."  But in the end I've decided not to introduce yet more neologisms.

It's probably sufficient to note that there can be "positively-toned" and "negatively-toned" versions of all four personae.  It's characteristic for the comedy-mythos, given its paucity of audience-conviction, to get away with positively-toned villains and monsters.  It's also possible within the serious mythoi to invert the virtues of instinctive endurance (signified by the demihero) or of larger-than-life intellectual will (signifying by the hero). In D IS FOR DEMIHERO PT 1 I showed that it was easy for a writer to portray a demihero as a nasty customer, as seen in my example of a Steve Ditko story, "The Gentle Old Man."  It's less typical for focal heroes to have negative manifestations.  Marvel Comics' Punisher would probably be one example, in that his obsession to eradicate crime, though certainly larger-than-life, is rooted in his personal animus rather than in concern for life.  The Punisher does end up supporting the forces of life, but he's not always admired for his persistence, so that he ends up becoming a quasi-villain in the features of other Marvel heroes like Daredevil and Captain America, or getting beat up by Batman in a throwaway scene of JLA/AVENGERS.

Posted by Gene Phillips at 4:46 PM

I'm taken aback that Sinistro Boy Fiend -- published the month after I started reading comic books, it turns out -- has eluded my awareness for all these years. What a terrific premise!